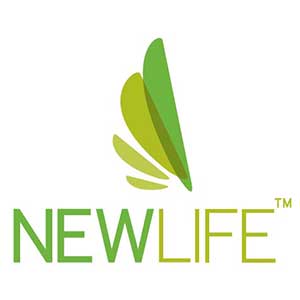 Nature’s Gift Nutritional Yeast is a truly amazing source of many nutrients packed into one food. It is a complete protein that contains 18 amino acids. It has more protein than meat and is much more bio-available. In addition, nutritional yeast is an excellent source of B-vitamins, including B12 which is especially important for vegetarians. Nutritional yeast also contains GTF, the glucose tolerance factor that helps regulate blood sugar.

The yeast grown on mineral-enriched molasses absorbs the minerals from the molasses, providing possibly the best natural form of minerals (about 15 minerals) available for humans. Primary-grown nutritional yeast contains only a pure yeast strain and has a delightful, nutty flavour. Add a few teaspoons daily to food for optimal health.

For those who are overweight, take 1 tablespoon 15 minutes before each meal

For those who are underweight, take 1 tablespoon after each meal

Use in dips, sauces and gravies. The proportion is ½ teaspoon of nutritional yeast to 1 cup liquid.

Use 1 teaspoon of nutritional yeast with each cup of flour or meal in baked goods.

Use it as a condiment sprinkled on the evening meal of rice and vegetables, or on popcorn for snack time.

Make a yeast “cheese” to adorn a vegan pizza or lasagne.

The nutritional needs of a growing child are of considerable importance. Essential nutrients such as proteins, vitamins, minerals and antioxidants play crucial roles in growth and development of the young body, and contribute to increased vitality and improved overall health. Unfortunately, kids can be extremely fussy when it comes to eating. As a result, the basic nutritional needs may be overlooked especially when dealing with children who are picky eaters and have poor appetite.

On the other hand, whether for health or religious reasons, we have an increasing number of vegetarians in our society.  Those who are vegetarian may be concerned whether they are getting enough vitamins and minerals from their daily diet to maintain a healthy body. Vegetarian who eats healthy with all the vegetables, fruits, legumes, and whole grains, may need to be mindful of the lack of certain vitamins, and nutrients. For instance, vitamin B12, also called cobalamin, is a vitamin that is necessary for body functions. However, this vitamin is found abundantly in meats, eggs, milk and cheeses, but does not occur naturally in plant-based foods. Therefore, strict vegetarians who do not consume vitamin B12 fortified foods or take B12 supplements may be at risk of vitamin B12 deficiency.


Who will benefit from NewLife™ Nutritional Yeast?

It is recommended for every member of the family, including pregnant women, nursing mothers, babies, elderly and those who are physically weak or ill. It is naturally low in fat sodium. Hence, it is a popular condiment for those who want to limit salt intake with no bland taste. You can enjoy its pleasant-tasting, nutty flavor by adding it into your soup, gravies, salads, juice or sprinkle over your food.